Alfred Sidney Roberts OBE was a character in Coronation Street intermittently from Episode 18 (8 Feb 1961) to 1971 but regularly from 1972 to Ep 4535 - 1 Jan 1999. Alf ran the Corner Shop for many years and later became Mayor of Weatherfield. Alf could occasionally be a grouchy grocer but also told awful jokes in The Rovers at ceremonies. He loved his Brylcreem. Alf was played by Bryan Mosley.

Alfred Sidney Roberts was born on the 7th October 1926 in Weatherfield to Sidney Roberts and Eileen Roberts. He had an older brother Malcolm Roberts. In 1949 aged 23 Alf married his deceased brothers wife Phyllis Roberts. They never had any children. Alf was friends with Frank Barlow. Alf was a young sailor in the Navy when he met Frank Barlow.

Alf Roberts worked at the GPO. In February 1961, he asked Frank why he was in a bad mood. Alf was a friend of Len Fairclough and occasionally visited Coronation Street. In August 1963, Alf attended a day out, and it ended is distaster when a brawl broke out and the police were involved. However he spent 3 years away from the street inbetween November 1963 and March 1967. In 1971, Alf became more associated with Coronation Street. In 1972, Alf's wife Phyllis died of cancer.

In 1973, Alf was well established in Coronation Street. He became Mayor of Weatherfield that year. Outside running his shop, Alf used to spend a lot of time drinking in The Rovers Return. Must have learned from the master - Stan Ogden, who was his neighbour and drinking buddy. Alf remained good friends with Len Fairclough.

Alf married Renee Bradshaw in 1978 and they ran The Corner Shop together. In 1979, Alf was injured when a lorry crashed into The Rovers Return. He was psychologically scarred. He made a full physical recovery and returned to

work but he was prone to rages. He even insulted snooty Rovers landlady Annie Walker one time when she said that Renee should stock better food in the shop. Alf got help and soon recovered. He did apologise to Annie. In July 1980, Alf and Renee went on a weekend away. They were stopped at roadworks and Alf got out of the car to swap places with Renee who was driving, but a lorry drove the other way down the road and did not see Renee until the last second and had a head on collision into the car. Renee was rushed to hospital with severe injuries but died on the operating theatre table.

Alf took time to grieve. In 1984, his long term neighbour Stan Ogden was taken into hospital. Alf answered calls for Stan's wife Hilda Ogden. In November 1984, Alf answered a call from the hospital, and summoned Hilda. Hilda was told that Stan had died.

In 1985, he dated Audrey Potter and that year he modernised The Corner Shop. He even offered Hilda Ogden money to sell No 13 to expand his shop but she declined. The shop had remained virtually unchanged inside since 1902 when the street was built, save for a meat cutter and modern till. By September 1985, Alf had new modern shelves installed, new freezer units, and the counter was situated near the front door.

In 1988, Audrey's son Stephen had a car crash, and she flew out to Canada and Stephen's adoptive father Malcolm Reid allowed her to stay with him in Canada. Malcolm wanted Audrey to stay with him in Canada and not return to England to see Alf. In July 1988, Malcolm flew to England to see where he stood with Audrey. She let him stay with him, much to Alf's annoyance. Malcolm did not reveal his true intentions and claimed he was just over here to see family and friends. Away from Alf, Malcolm said he wanted Audrey to go back to Canada with him but she refused. Malcolm tried to get it on with Audrey during a trip to Blackpool. Alf had found Malcolm was going on the trip and drove down to make sure he was not trying to seduce Audrey. Alf saw them riding a landau and quickly returned to Weatherfield and told Malcolm to leave and never return. Audrey said she would never have left Alf for Malcolm. Malcolm returned to Canada, never to be seen again.

In 1991, Alf and Audrey split up. She tried to contact Malcolm Reid but found he was engaged. Her and Alf soon got back together. In 1993, Alf retired and sold the shop to Brendan Scott. Brendan died su

ddenly of a heart attack in August 1993. Alf was bored with retirement so bought back the shop in September 1993. However his second ownership of the shop was short lived as he sold it to friend Reg Holdsworth in February 1994.

In 1995, Alf became Major and wanted to rename Coronation Street as Roberts Street but decided against it. He was awarded an OBE in December 1995. Alf turned 70 in October 1996 and was still a very active member of the community.

In late 1997, now in his early 70s, Alf suddenly started to feel weaker and more tired. He had lost a lot of weight and looked more frail than he did at the start of the year (Due to the actor's own failing health). In July 1998, Fred Elliott kept wining and dining Audrey, as they were working with the local council to get Audrey elected as Councillor. Alf was jealous of his friend's friendship with his wife, and when he heard that Fred had yet again taken Audrey for dinner, he was horrified. Alf confronted Fred and told Fred to stay away. Fred had a thick skin so took the warning on the chin.

On New Years Eve 1998, Alf attended the party at the Platt household. During the party he saw Fred and Audrey dance, and shook his head. Alf felt tired, saying he could not keep up with the young lot, and sat down in a chair. Just after midnight on the 1st January 1999, Alf died in his sleep among the music and dancing. His life insurance policy ran out at midnight on New Years Eve. This was revealed after he died. Alf's step grandson Nick confirmed that Alf was still alive after midnight, as he saw him wave his hand, and Nick waved back thinking Alf was just waving hello. After Alf's death, Nick realised Alf was actually waving for someone to help him but Alf then died a few minutes later, so Audrey was not entitled to anything. Poor Audrey, no holidays to Tenerife then?

At Alf's funeral in January 1999, Mike taunted Fred Elliott telling him to go cop off with the widow. Fred chose to ignore that remark. (Fred may have been secretly pleased that Alf had died so it could pave the way for him and Audrey. However they did not enter a relationship until several years later when Fred would pop his clogs from a stroke on his wedding day to Audrey).

Audrey had to adapt to life without Alf.

Due to being the former Mayor of Weatherfield, Alf was well known in the area and is often mentioned and remembered, especially by Audrey.

In 2009, 10 years after Alf died, David Platt tried to frame Gary Windass over a robbery so he staged a robbery at Audrey's house while she was away. David hid some of Audrey's things so that Gary would not know it is David's gran's house as he knew her. David saw the painting of the long deceased Alf and smiled, as he knew no way would Gary have ever known who Alf Roberts was. David said to himself "No way will Windbag know who you are", as if he was talking to Alf himself.

In December 2017, Audrey compared Craig Tinker to her long dead husband Alf. In 2018, a clairvoyant medium Rosemary Piper told Audrey that Alf has contacted her from the dead. 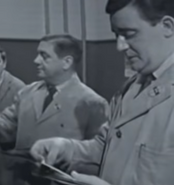 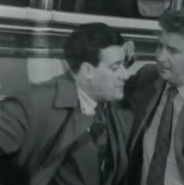 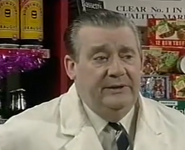 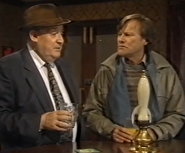 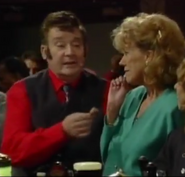 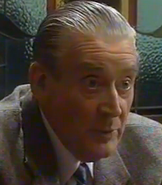 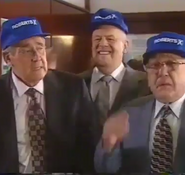 Alf, Fred and Alec voting for Audrey as councillor in 1998. 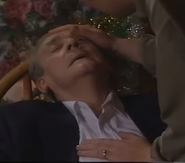 Alf dies on the 1st January 1999.
Community content is available under CC-BY-SA unless otherwise noted.
Advertisement