Lewis Harney (1995–1997)
Dominic Holmes (2007)
Rob Mallard (2016–)
Daniel Albert Osbourne is the son of Denise Osbourne and Ken Barlow. He was born in 1995. He moved away with his mother in 1997 and had little contact with his father, although Ken briefly stayed with them in 2007 in which Daniel was embarrassed by him. Daniel returned to the show in 2016 as a regular character.

Daniel Osbourne was born on the 4th January 1995. Originally Denise was pregnant with two children but one was miscarried after 5 months, meaning Daniel had a twin who died in the womb.

In May 2007 after a problem in his marriage with Deirdre Barlow Ken tracked down Denise and went to stay with her and Daniel in hopes of building a relationship. But Daniel showed lack of interest and was embarrassed by Ken, even telling a friend he was his granddad rather than father. Ken later decided to return home to Deirdre.

Daniel continued to live with Denise until her disappearance in 2010 when he was 15 (the exact details are not clear, although Daniel claims she moved out due to trying to pressure him to move away with her). Daniel continued living on his own at the house and fooled teachers and others that Denise was still living with him. Ken was left oblivious due to his little to no contact with Daniel, and Daniel didn't feel the need to reach out to his father for help due to his absence.

After Ken suffered a stroke in October 2016 his two other children Peter and Tracy began contacting those close to Ken by using his address book. Daniel was presumably one of them as he found out about his father's failing health, although he visited Ken at the hospital in secret. Ken refused to see Peter and Tracy around this time, causing them concern which led to them bursting into the ward along with the recently returned Adam Barlow to find out what is going on. They didn't know who Daniel was, and were informed he is Ken's son.

Daniel moved in Number 1 Coronation Street in order to help with Ken's care. At this time he claimed he was still with his mother Denise, and was got into outbursts whenever anyone said anything bad towards her, with one incident being him shouting down the regulars at the Rovers Return Inn for gossiping about him behind his back. Daniel eventually opened up to his older half-brother Peter about the fact his mother had disappeared six years ago. Peter managed to convince Daniel to report her missing and went with him to the police station. Daniel later moved out of his childhood home and into a flat above the corner shop with Adam.

In 2017 Daniel took a fancy to a girl in the street named Sinead Tinker, and she returned the same affection (although she was in a relationship with Chesney Brown). In February when Sinead was working late at Underworld the pair of them had sex, which was the first time experience with Daniel. Adam found out about it and found the whole thing amusing. After Daniel found out that Adam was cheating in his exams in order to get money out of Ken to set up a law firm, Daniel informed his father which resulted in Ken telling Adam he wasn't getting the money. Angry, Adam informed Chesney about the affair as a revenge act. After confronting Sinead about it at her workplace Chesney stormed round to Daniel's flat and tried to provoke him into a fight, but Daniel left the scene to contain himself. Chesney followed Daniel and continued to goad him, resulting in Daniel slamming Chesney against the wall and saying that he is scared and that is the reason he will remain second best. After Chesney leaves, Daniel punched the wall in rage.

The following day Daniel wasn't too quick to let Sinead move in with him at the flat. However after she had a falling out with Chesney resulting in her packing and moving out, he allowed her to move in. Daniel and Chesney still clashed over Sinead, and Chesney even held Daniel hostage in the back yard with a brick. 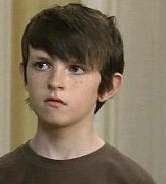 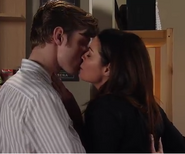 Daniel is seduced by his ex sister in law Carla, who is old enough to be his mother.