Weatherfield is a fictional suburb of Salford and is the fictional town in which Coronation Street is set. 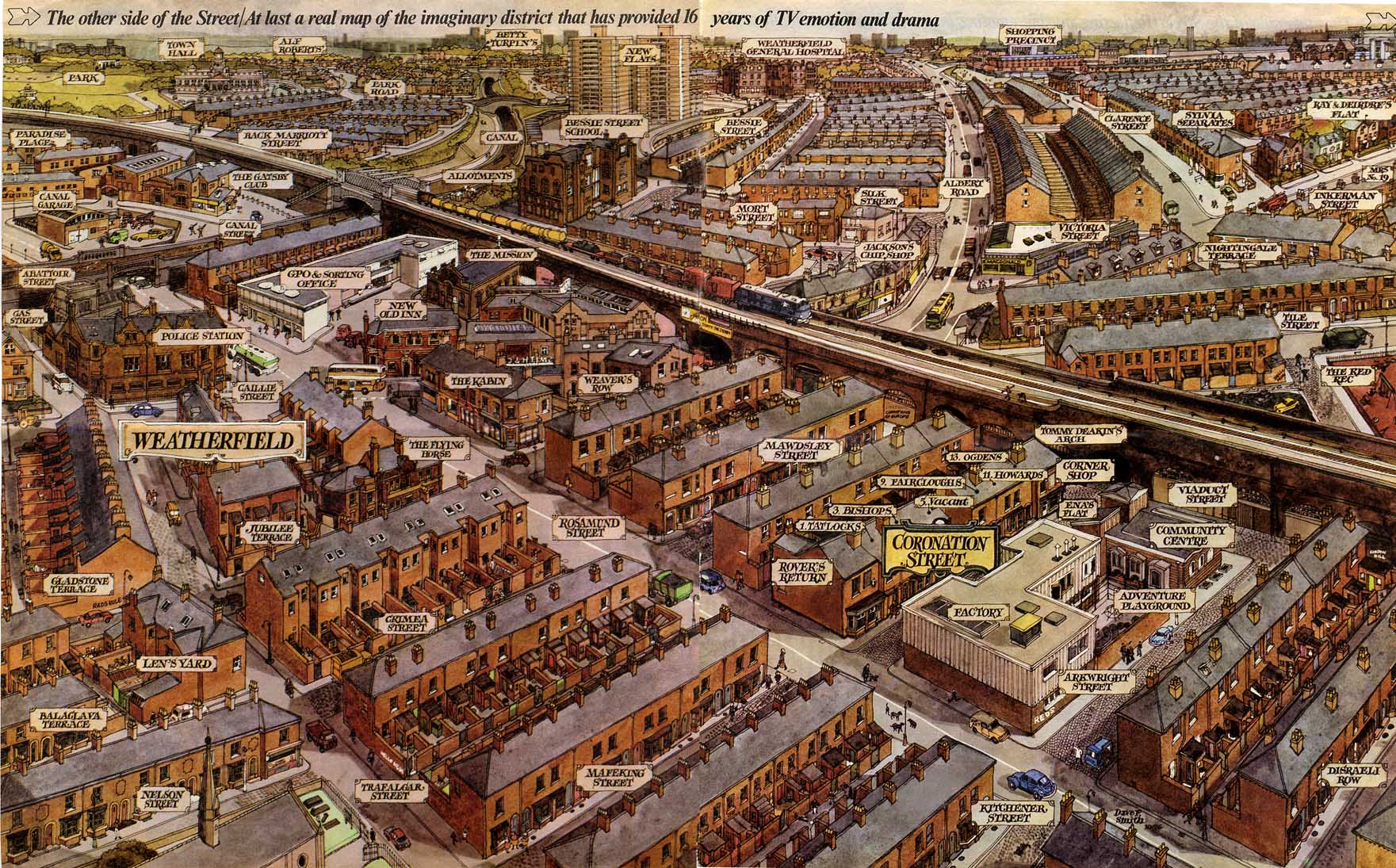 Part of the Weatherfield skyline in 1983.
Add a photo to this gallery
Retrieved from "https://coronation-street-past-and-present.fandom.com/wiki/Weatherfield?oldid=45644"
Community content is available under CC-BY-SA unless otherwise noted.